I want to emphasize structural here, because I am discussing how the methodology apparently used in formulation of these maps would have resulted in disparate outcomes that are detrimental to Haredi Jewish communities in ways that do not benefit public health independently of whether or not there was any intention, on the part of Governor Cuomo or others, to do so. (I have reasons to believe that there was a combination of spite, arrogance, and political pandering to antisemites at play, adding up to intentionality, which time permitting I will discuss in a separate post.) For now, though, let's look at the maps.

Based on Cuomo's own tweets, showing how lines of the various zones relate to the residential addresses of individual recent COVID cases, the approach seems to have been to draw the lines based on the density of of residential cases. Some of the absurdities of this have already been noted on Twitter. GIS geeks have pointed out that the lines do not follow streets, meaning that residents and business owners at the boundaries of different zones have to guess where they land and what restrictions they are subject to. As a result of that oversight, I noticed that the campus of Queens College, where I used to work, falls into three zones: A slice of yellow, a chunk of orange, and a sliver of red. A spokesman for St. John's University pointed out that they were 2/3 in Yellow, and 1/3 in the clear. No doubt the administrations of these institutions will be seeking clarity from the State government. The absurdity of Queens College is especially pointed, since it is not a residential institution--nobody lives there! So whoever drew the lines was clearly trying to create some sort of compact-looking boundary without taking account of the fact that they were cutting through a major institution of higher education.

The absurdities of the line-drawing exercise impact all New Yorkers, but the way they went about selecting where to draw the lines, by focusing on density and residential addresses, was bound to have a disparate impact on Haredi communities, who are more likely than most contemporary Americans to live in large, intergenerational households. They are also more likely to live in apartment-like structures than other groups. This helps account for why Cuomo's methodology resulted in more stark divisions in suburban areas, such as Orange and Rockland Counties, than in Brooklyn and Queens. In New York City, the family structures and residential buildings of non-Jewish (or non-Orthodox) neighbors are more likely to be similar to those of their Haredi neighbors than out here in the suburbs. (This has accounted for some of the negative response to Kiryas Joel here in Orange County, the fear that the Satmarim bring an urban lifestyle--and urban problems--to a setting that is mostly suburban, even partly rural.) But it is when we look at the reasons why Haredim have these lifestyle differences that we start to uncover how the methodology is also premised on fundamental misunderstandings of how contagious diseases spread.

Haredim are drawn to high density housing not because they like being on top of each other more than other people do, but because religious observance makes it convenient and desirable. On Shabbos and other major holidays, one must not drive, at all. Therefore it is necessary to live within walking distance of one's synagogue and mikveh (ritual bath). This also helps account for the relatively cramped family living quarters: While part of the appeal of this area was that relatively prosperous families are able to buy rather large houses at prices that are lower than most of the NY metropolitan area, most families in KJ are not so prosperous. Women with children, as a rule, don't work outside the home after their second child. If the husband works in a religious calling, those jobs do not tend to have much in the way of monetary compensation. The relatively prosperous families tend to be those with some sort of business. Businesses that cater specifically to the community, such as selling Judaica, preparing kosher foods, or clothing that matches the idiosyncrasies of custom, can only support so many. But even those who work in outward-facing businesses try to stay relatively close to home. It stands to reason: If you and your car must be home well before sunset on Friday evening, it would not be good to get stuck in traffic on the New York State Thruway. So as a rule, Haredim tend to stay relatively close to home: School-age children, as young as 3 years old, going to religious schools, women staying home with the younger ones, men working as close to home as possible, most business needs being tended to locally, without venturing very far afield for things such as diapers, prescriptions, or banking. There are exceptions to this, of course, but the exceptions prove the rule.

Contrast this with how my family lives. At this point, because of COVID, my kids rarely get to go anywhere other than their school buildings. In this respect they are, for better or worse, not so different from Satmar kids. However my partner works as a librarian at Marist College, in Poughkeepsie. She works from home 2-3 days a week, but is in her office, in the library, the remaining work days. We both make trips out for household necessities and, since the restrictions were loosened, some personal care. Most of these trips are local--Monroe, Harriman--but for some things we might end up in Cornwall, Beacon, Middletown, or even New Paltz. So if I got COVID, contact tracing would not remain local to the town of Woodbury and environs, but have to reach out to the staff of my butcher in Beacon, my liquor store in Cornwall, my hairdresser in New Paltz. If my wife got it, all of her coworkers at the Marist Library, who live scattered in various locations around the Hudson Valley, would have to be tested, along with possibly some faculty or students. And our family has been relatively cautious, compared to neighbors who are enjoying sporting activities and indoor dining.

Therefore what I submit is that, while the density of dots, individual cases, in Kiryas Joel looks very frightening--and it is very frightening!--the lesser density of cases in the surrounding "yellow" zones of Monroe and Woodbury, or even parts of these towns and surrounding areas that are subject to no new restrictions, is no cause for complacency, given the differences in lifestyle between a Satmar and an average non-Haredi American suburbanite. Cuomo and his supporters are boasting that the zones and restrictions are based on "science" and "data," but a real science-based, data-driven approach would not have focused not on where people with new COVID infections live but on where they likely got it. To estimate that would require a robust contact tracing program. And despite Cuomo's boasts that New York State's contact tracing is the "best in the country" (which I doubt), its data is apparently not robust enough to have allowed his administration to consider that as a possibility.

Thus, by focusing on residential address, Cuomo and his staff ended up taking an approach that ignores the realities of infectious disease transmission, in a way that was bound to come down heavier on Orthodox Jews than on most of their neighbors. Given the latter, it is no wonder that many Haredim feel that they are being discriminated against, which in turns makes it even more likely that people will rebel against the restrictions. This is particularly the case given the strictures on schooling and religious observance, which to such a community can appear as an attempt at cultural genocide. (Time permitting, I will make a future post explaining why this description is not hyperbole.) The maps and their underlying methodology are therefore structurally antisemitic--that is to say, they are antisemitic in effect regardless of the intentions of the people who drafted them--and detrimental to the public health aims they purport to serve. 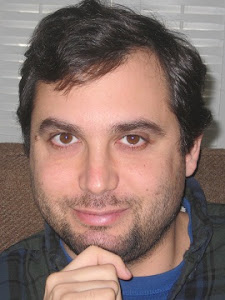